Going into the last day, the pressure was on.  The prior day, US team Monsoon had taken the lead back from the Italians on Altea, with only a two point margin between them at 16 and 18 points, and WTF plenty close enough at 25 points with three races anticipated on the last day providing a real opportunity to close that gap.  A second pack of equally competitive boats was right behind those three, all of whom had already had bullets and seconds, as well as past World Championships under their belts.  In the Corinthian Division, Good Enough (USA806) had taken the lead back from local Canadian boat Full Circle the prior day.  Game on!

As the breeze built, the level of competition became palpable as the lead boats came planing into the leeward gates side-by-side doing 15+ knots, executing flawless douses, and trading positions both upwind and downwind multiple times each race.  Even watching the fleet and checking the Trac Trac race tracker, it was hard to know who was coming out ahead, and all three races ended up with photo finishes.

WTF came out of the gate strong with a bullet, followed by Full Throttle and Mikey835 closing the gap in second and third respectively, reminding the top two boats that it was still anyone’s game.  Then in the second race Mikey CAN835 took the bullet, and Altea further solidified their lead with a second, and WTF moved ahead of Monsoon into second overall.

The results for the final race were another upset with Mikey835 again taking the bullet, followed by Monsoon and War Canoe, with the top two boats deeper at 6th and 8th.  But it wasn’t enough to change the podium finishes.  The clear Melges 24 World Champion was Altea ITA722 with a 6 point lead.  WTF and Monsoon ended tied, with WTF taking silver due to their two first place finishes.

In the Corinthian Division, the top spot alternated yet again with Full Circle taking a 5th to Good Enough’s 28th, then reversed with 21st and 9th, and then reversed again with 11th and 26th.  They ended up side-by-side in 10th and 11th in the overall standings, and Hold My Beer CAN591 only a hair behind as third Corinthian and 13th overall.

The results alone never tell the full story.  Right behind the top four pro teams of Altea, WTF, Monsoon, and Full Throttle were three nearby teams and another host country team from Toronto.  Two of those five teams were the Mikey boats owned by Kevin Welch of nearby Anacortes, Washington.  These two teams have been out practicing in tandem extensively in advance of the event.  Mikey CAN838 came out ahead in 5th with host club Royal Victoria Yacht Club and Olympian sailor Richard Clarke at the helm, and a young crew including Royal Victoria Yacht Club youth racing team members Ansel Koen and Ben Whiting, nearby Royal Vancouver Yacht Club’s Sailing Director and Olympian Hunter Lowden, and Rachel Spinelli.  Mikey835 was helmed by another Canadian, Royal Vancouver Yacht Club member, Jason Rhodes, with owner Kevin Welsh, another nearby Canadian and past Olympian Ross MacDonald, Ian Sloan, and Serena Village.  Between them in the final results was nearby Seattle team War Canoe from Corinthian Yacht Club.  All three of these local boats took a win at the Worlds, and multiple podium finishes.  Host country team Zingara all the way from National Yacht Club in Toronto had consistent placings to finish in 8th overall, with another Seattle team on 12happythoughts in 9th.

The host club’s teams put on an excellent showing with Richard Clarke in Mikey838 in 5th, Robert Britten on Full Circle in 10th and top Corinthian, Mike Bond in Hold My Beer 13th and third Corinthian, followed by Malcolm Smith and Gord Galbraith in Lekker, Kirk Palmer on Light Scout, and Duncan Stamper on Goes to Eleven in 19th.  Fraser McMillan was 21st, followed by a group of current RVYC youth race team members on Gravy in 24th including Dylan Jones, Erik van der Pol, Maura Dewy, Adam Sorensen, and Braden Gray.

As usual, this regatta was a tremendous effort by a group of incredibly dedicated volunteers.  For the fifth time in fifteen years, Royal Victoria Yacht Club and the Canadian Forces Sailing Association came together to host a major world championship off the Victoria waterfront.  Regatta Chair and Royal Victoria Yacht Club Past Commodore Terry Stamper led a very capable team, notably including his several past Olympian and offshore sailing family members, with his two adult sons racing in the event as well.  Hats off to Terry and Christine for their tremendous leadership, commitment, and amazing family!  Too numerous to name individually, the volunteers were recognized with huge applause at the closing ceremonies.

The event was hosted at the brand new Victoria International Marina (VIM).  The paint was still drying as sailors arrived at this spectacular new facility that will now host yachts 65’+ for transient and permanent moorage as a gateway to our spectacular Pacific Northwest and Alaskan cruising grounds.  VIM was not only the host venue, but also the regatta’s Diamond Sponsor.  Their staff were wonderful hosts as almost 60 race and support boats, and over 400 people, showed up on their doorstep for a whole week.

A unique recognition is also due to the Victoria Harbour Patrol who helped to safely and efficiently shepherd 50+ boats in and out of VIM every day, across the narrow waterway which is both the busy float plane runway and entrance to Victoria’s Inner Harbour, with a constant flow of ferries, whale watching boats, massive cruise ships, barges, and more.  They were fantastic.

The regatta received tremendous support form local and marine businesses.  In addition to our Diamond Sponsor Victoria International Marina, our Platinum Sponsor was the beautiful Butchart Gardens and Gold Sponsors were Ayres Hotels and Parc Retirement Living, joined by over a dozen generous silver and bronze sponsors.

The International Melges 24 Class Association was tremendously supportive to the host clubs in promoting the event, arranging professional photography and trophies, and helping out in many ways.  A special thank you to Piret Salmistu, Class Association Administrator & Media Coordinator, who flew all the way from Estonia for the event.

The Regatta was also pleased to be a Sailors for the Sea Clean Regatta.  Organizers even built a custom filtered water fountain for refillable bottles that will be re-used for future regattas, and garbage waste was almost eliminated thanks to recycling and composting. 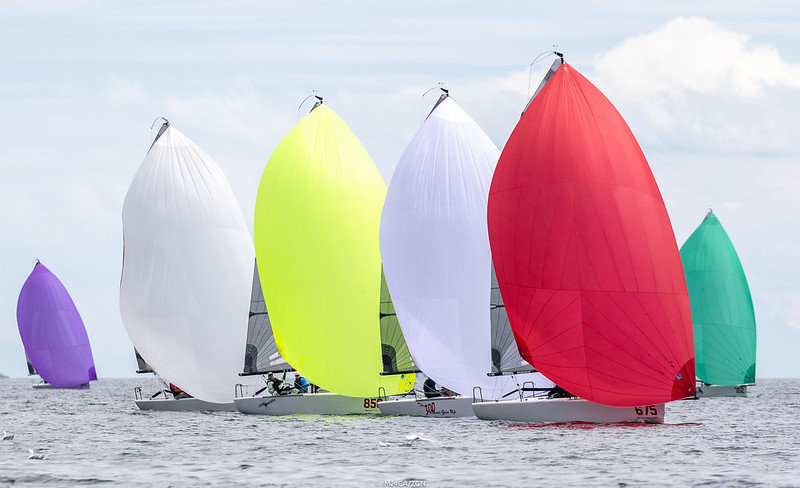 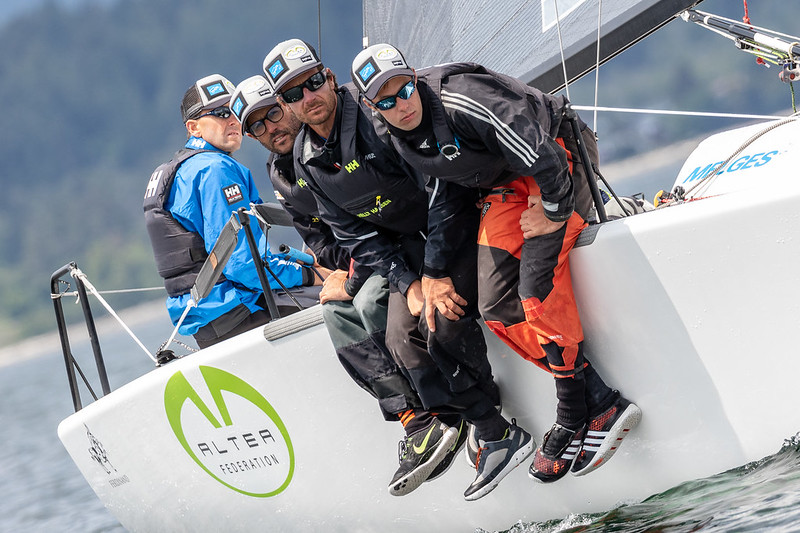 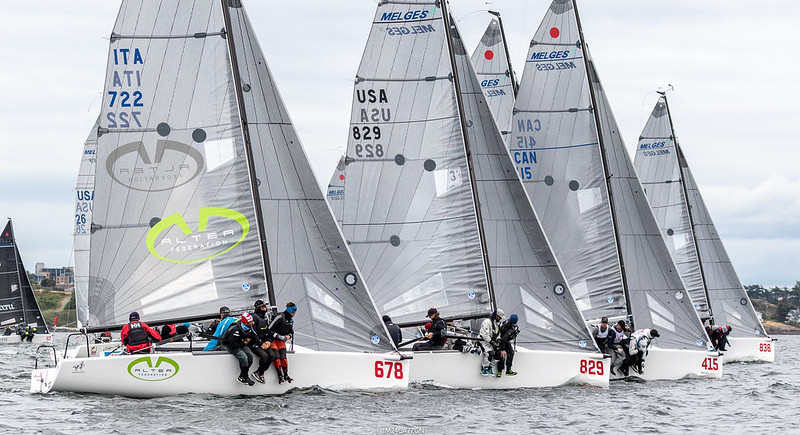 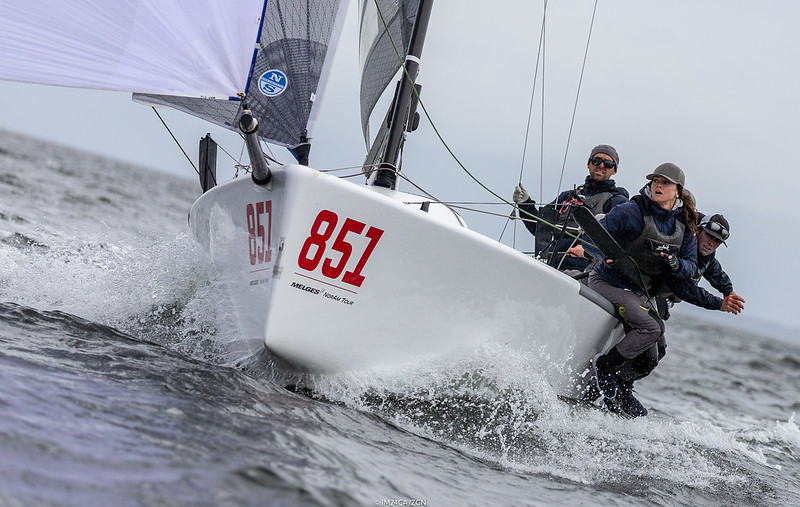 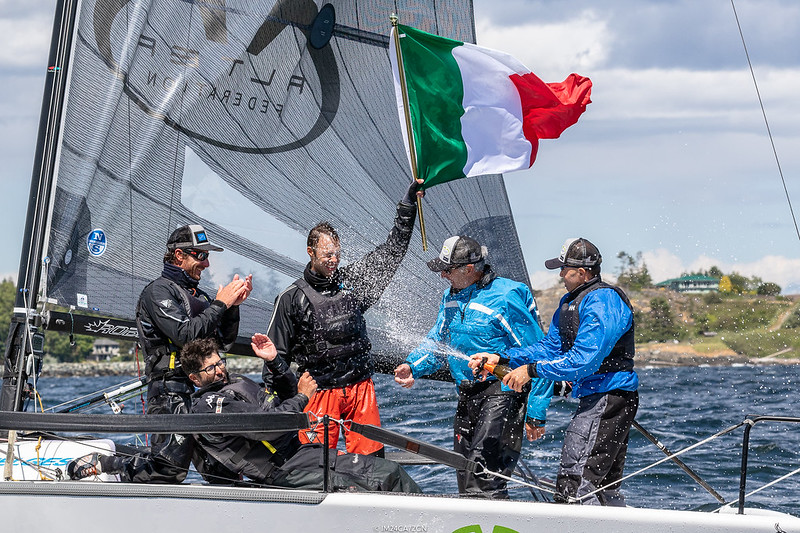 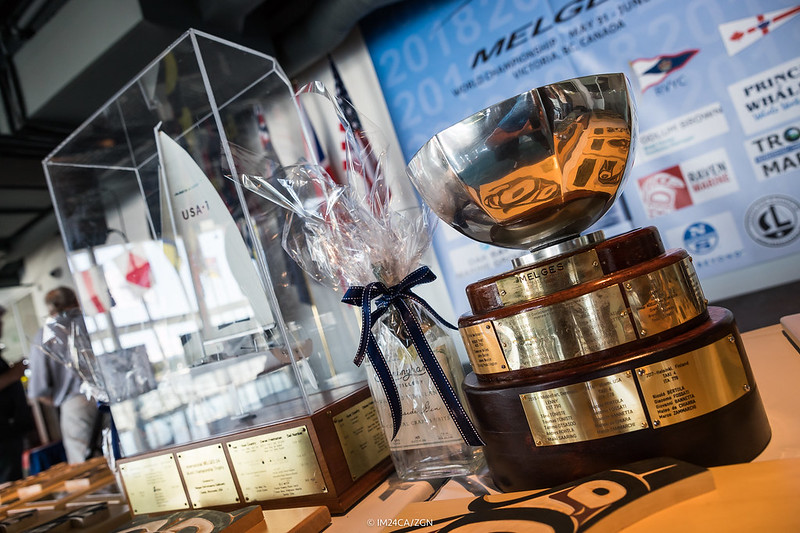